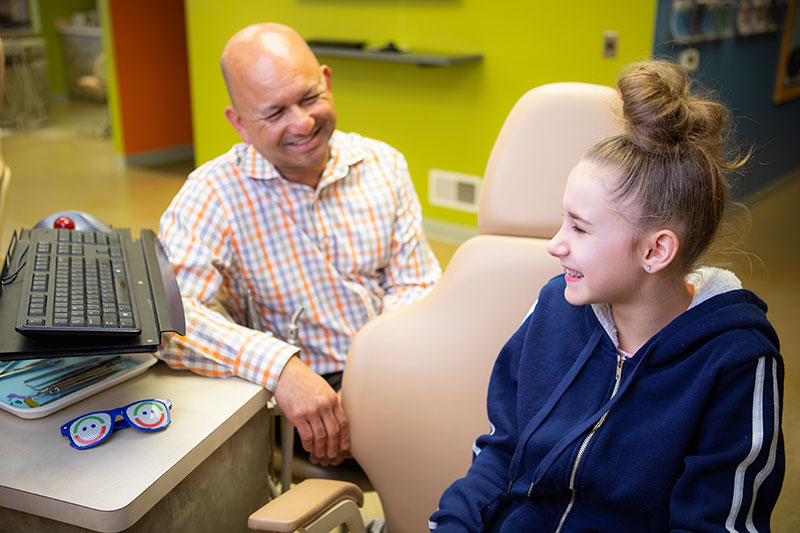 Dr. Manny Lamichane grew up in Toronto, Canada, following the Maple Leafs, Raptors, and Jays and working in a variety of part-time jobs while studying away for university. Halfway through his Actuarial Science degree, Dr. Manny started a small business and realized he enjoyed interacting with people much more than crunching numbers. After finishing his degree at the University of Western Ontario, he embarked on a pathway towards dental school and graduated near the top of his class at the University of Toronto in 1999 with his DDS. He then moved to Boston, completed a hospital residency at the Brigham and Women’s Hospital, and joined a private practice in the Boston suburbs. He also joined the Oral Medicine department at Harvard, teaching residents and practicing as a hospital dentist at Massachusetts General Hospital.

After a few years, he decided to go back to specialize in orthodontics and earned his Masters in Medical Science at Harvard. It was there that he met his wife Sara, a Lancaster native and dentist who was also training at Harvard, and they had their first child Juliet in Boston. Upon graduating, the Lamichane’s moved to Manheim Township and Dr. Manny joined LOA Orthodontics. They had two more children Maya and Pierce and became very active in the community through the Lancaster Cleft Palate Clinic, the Lancaster Conservancy, and St. John Neumann Church.

Dr. Manny equally enjoys teaching and learning and lectures at Harvard, Hershey Medical School, and has trained orthodontists in digital orthodontics in both the US and Australia. He also is the President of the Lancaster Dental Society. His grand vision coming out of residency was to operate a group practice providing the very best in clinical care with a highly dedicated team of professionals who enjoy orthodontics and helping people. Practicing in Lancaster and watching his family, the practice and the community grow and thrive has been an absolute dream come true for Dr. Manny and he plans to keep creating smiles for many more years here!